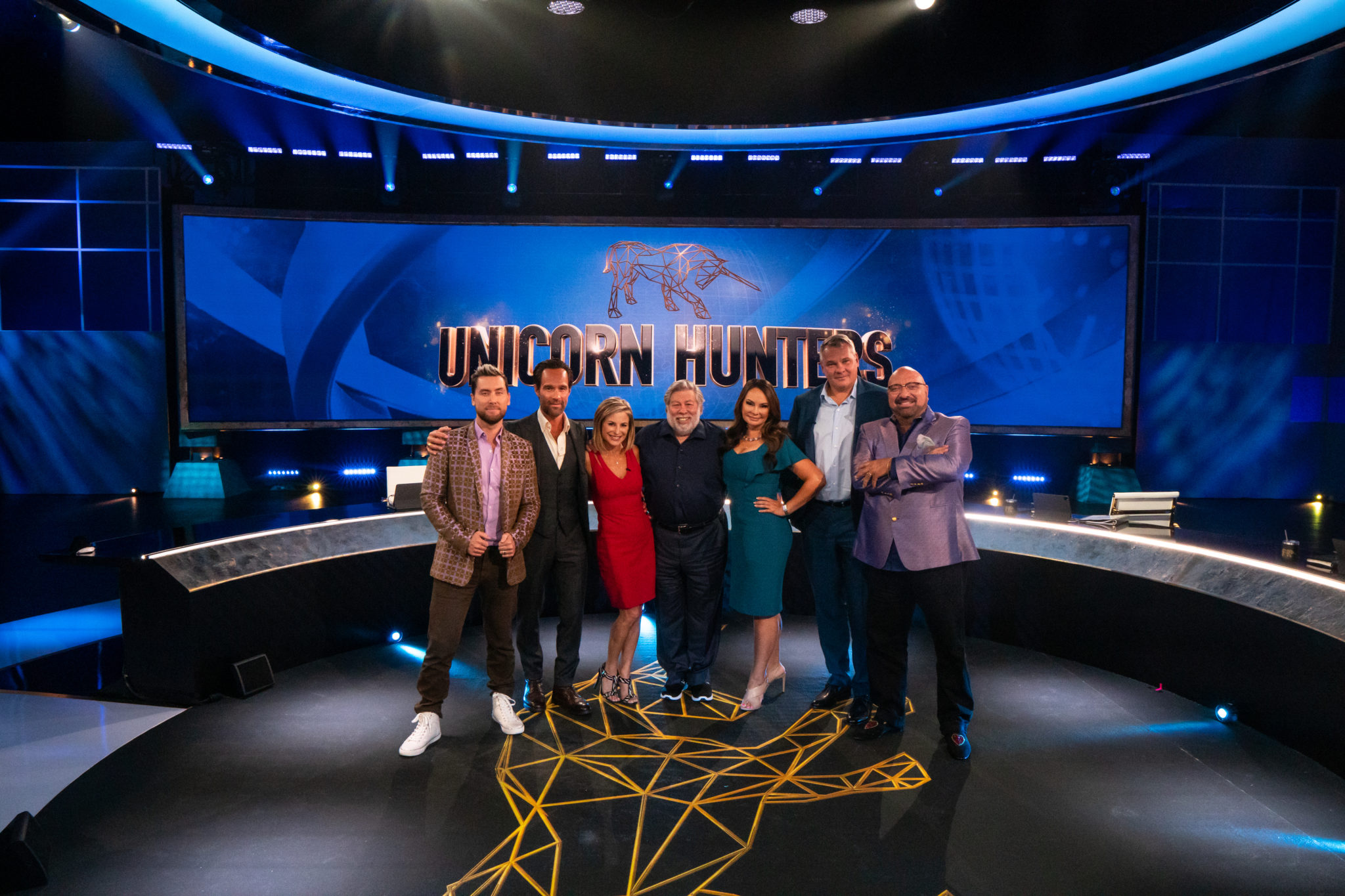 We create a new way to invest and a new genre: Enrichtainment, which combines entertainment with the wealth-growth potential for individual investors and founders. Unicorn Hunters provides viewers with transparent access to invest in pre-IPO opportunities. Unicorn Hunters spotlights companies that have a  high potential to reach a billion-dollar valuation.

Unicorn Hunters is on a mission to democratize access to wealth, so that it is no longer the privilege of a select group. With an audience of more than 14.5 million around the world, Unicorn Hunters gives founders a global platform to pitch millions of investors around the world, and provides viewers with the opportunity to invest in pre-IPO opportunities from their homes.

ABOUT THE CIRCLE OF MONEY

The Circle of Money is made up of experts with a proven track-record in the world of entrepreneurship, technology, and investment.  Featured companies must meet the highest criteria to be selected for Unicorn Hunters. The panelists ask founders questions and provide constructive criticism to help viewers to make the best investment decisions.

MEET THE CIRCLE OF MONEY

The Circle of Money features business leaders and policy experts who ask questions designed to inform the audience about the companies. New episodes feature guest panelists John Bercow, former Speaker of the House of Commons of the UK, and actor and social entrepreneur Chris Diamantopoulos. 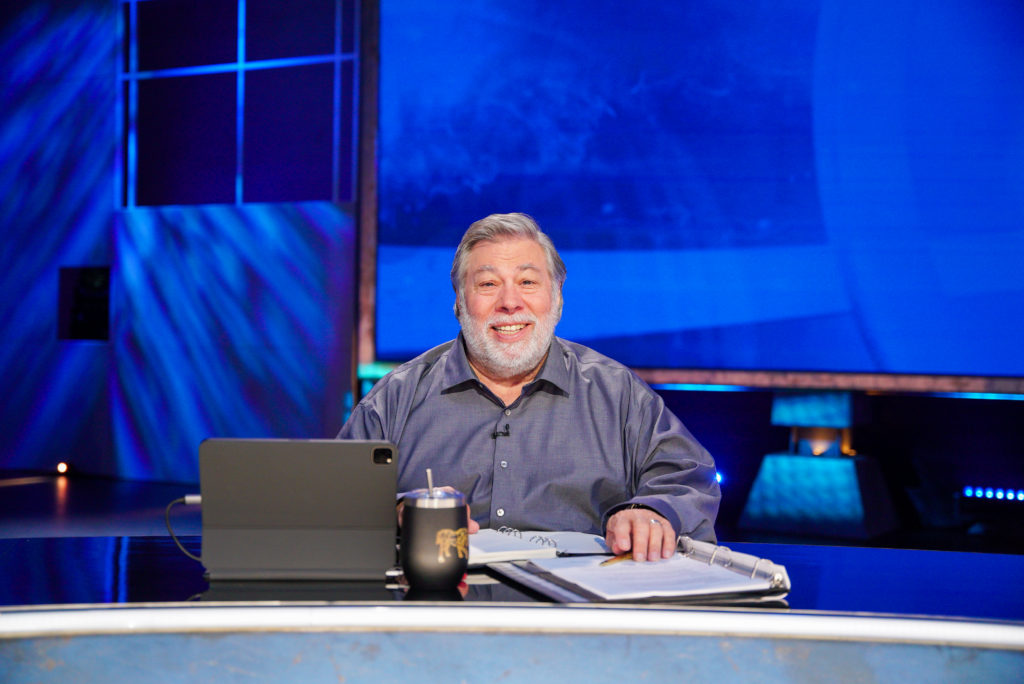 Steve Wozniak aka the Woz needs no introduction. He is a legendary American electronics engineer, computer programmer, philanthropist, and technology entrepreneur. After co-founding Apple Inc. in 1976 with his business partner, Steve Jobs, Wozniak has not only solidified his place as a pioneer of the personal computer revolution, but also as an expert in electronics engineering, computer programming, and technological entrepreneurialism. Wozniak helped create what is arguably the most impactful company of all time.  As a pioneer of the industry, he’s often asked about the future of the tech industry. Now, with Unicorn Hunters, he’s prepared to get a first-hand look at the possibilities and give his take on finding the next billion dollar company.

Rosie Rios knows her way around money better than any one. As the 43rd Treasurer of the United States, she left her mark on both the history books and U.S. currency. Rios’s signature appears on a record $1.7 trillion in circulation worldwide, and she led the efforts to place a portrait of a woman on the front of U.S. currency for the first time in over a century. Prior to her presidential appointment, she was Managing Director of Investments for MacFarlane Partners, a $22 billion investment management firm based in San Francisco. In 2016, Rios received the Hamilton Award, the highest honor bestowed in the U.S. Department of the Treasury. She is a graduate of Harvard University and was selected as the first Latina in Harvard’s 385-year history to have a portrait commissioned in her honor. In 2020, Rios was named one of the “Women of the Century” by USA Today. 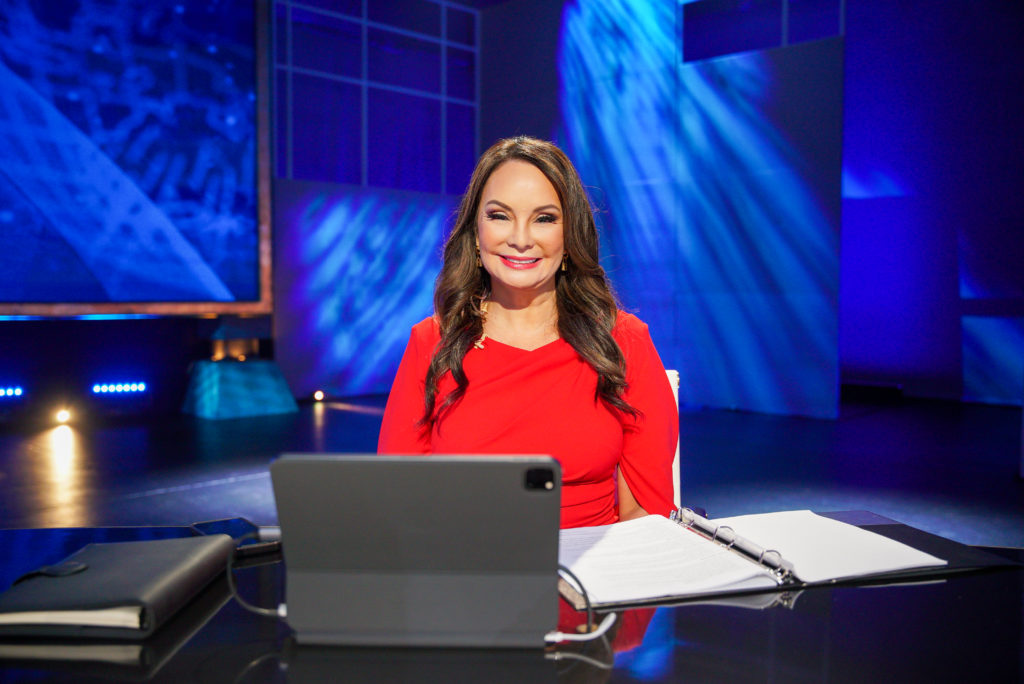 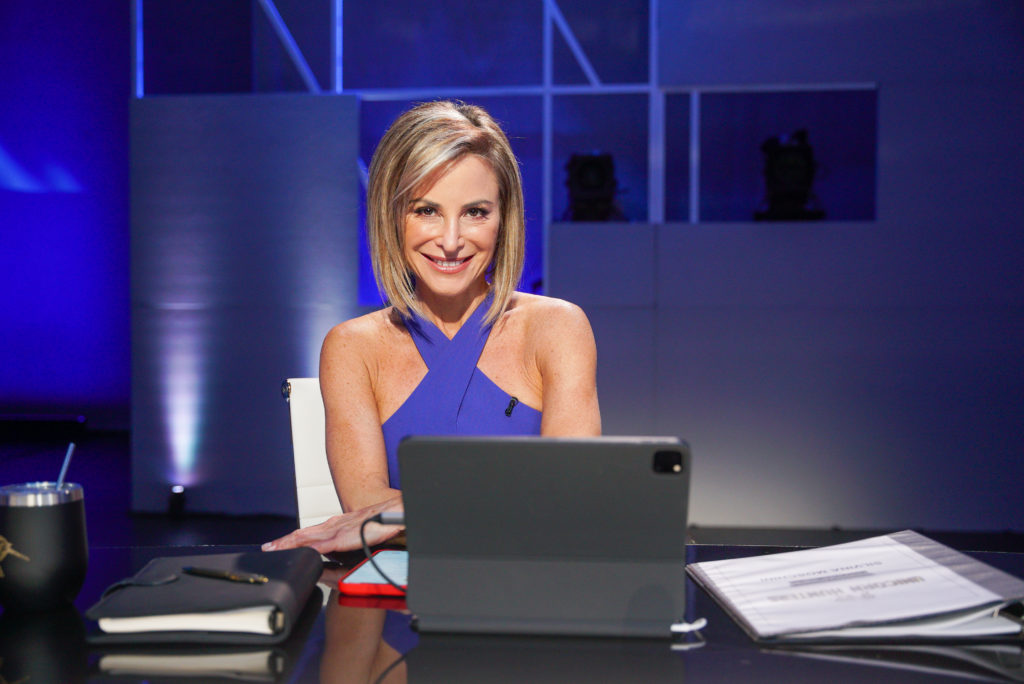 Silvina Moschini, The social impact entrepreneur on a mission to empower women.

As the first Latin American woman to lead a unicorn, when her company reached a valuation of $1 billion in 2020, Silvina Moschini knows that unicorn companies have three things in common: they are disruptive, they solve a global problem, and they are led with passion. Silvina harnessed the power of remote work way before it became the normal way to do business following the global pandemic in 2020. She co founded the SaaS solution TransparentBusiness to enable and facilitate remote work.  As founder and CEO of SheWorks!, Silvina helps thousands of companies scale globally with talent while empowering women to find jobs in the digital marketplace. Her efforts have earned her numerous awards, including the United Nations Equals in Tech Leadership award, the Lifetime Achievement Award from Women in Tech, and she was named a Woman of the Decade by Women Economic Forum.

Alex Konanykhin is a visionary international entrepreneur and best-selling author who wrote the playbook on unicorn hunting! His formidable entrepreneurial journey began in his mid-twenties when he created the largest bank in post-communist Russia before defecting to the United States. Alex is the co-founder and CEO of TransparentBusiness, an ecosystem of technology solutions for transparent remote workforce management. As a pioneer of the remote workforce revolution, he envisioned the benefits of this work model before it became apparent to the world. Today, the company is valued at more than $2.4 billion, having raised more than $50 million dollars from over 3,000 in 160 countries. His vision and entrepreneurial prowess paved the way for Unicorn Hunters. Alex is the executive producer and co-creator of the series and is ready to share his unicorn hunting skills with the world. 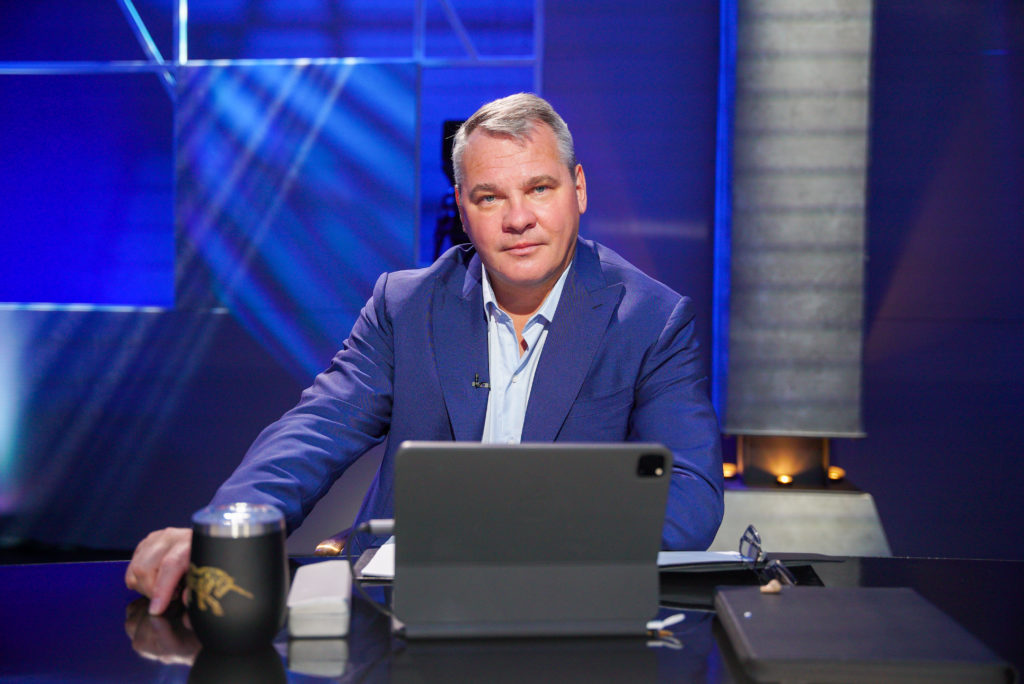 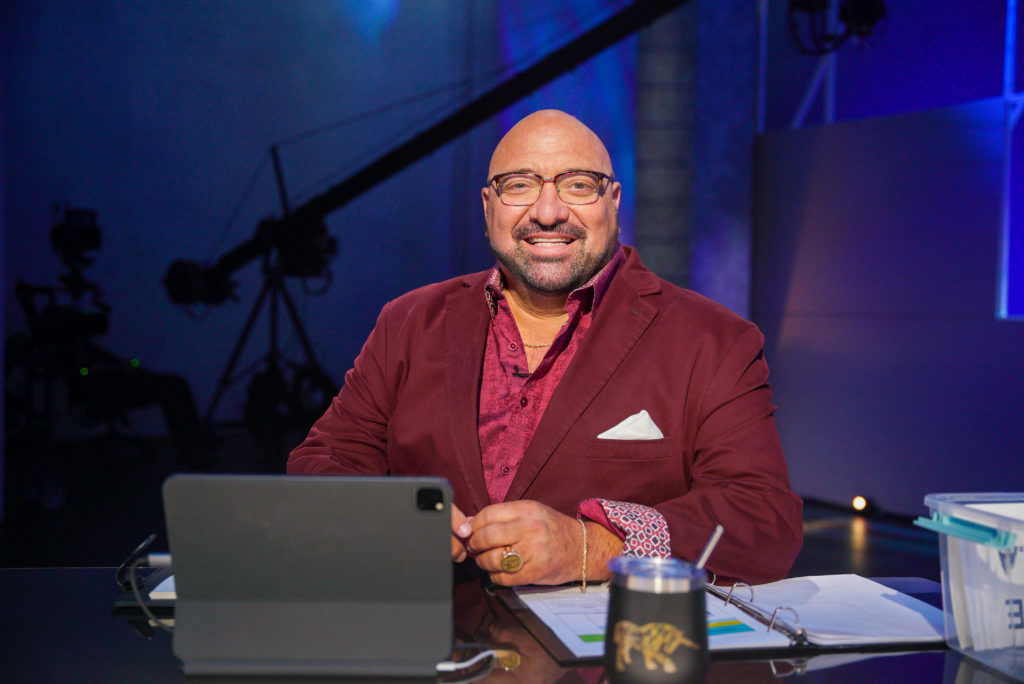 Moe Vela. The modern-day renaissance man on the hunt for unicorns.

Moe Vela is an attorney, media commentator,  entrepreneur, author, speaker, and consultant. His influence is felt from the halls of Congress and the White House to corporate boardrooms, financial centers and beyond.  Moe made American history by being the first Latino American and LGBTQ American to serve twice in a senior executive role in the White House–as Dir. of Administration and Sr. Advisor to both Vice Presidents Al Gore and Joe Biden. He is the current CEO and President of D.C.-based global consulting firm, The Vela Group.  Moe is  uniquely positioned at the epicenter of where law, politics, business and finance intersect. Now, he has taken his talents to Hollywood to democratize wealth, and make Unicorn Hunters a worldwide hit. Moe is known for his passion and high-energy approach to every endeavor and brings his thought leadership to audiences and clients around the globe, and he will do the same at Unicorn Hunters. Moe is a native of Texas and graduated from The University of Texas at Austin before earning his JD from St. Mary’s University School of Law. He has been featured in several national  publications and has been named one of the “Top 100  Hispanics in America” by “Hispanic Business” magazine and  was twice named as one of the “101 Most Influential  Latinos” by “Latino Leaders” magazine, as well as, one of  Washington’s Top 300 Insiders by the “National Journal.” He  is the author of the bestselling book, “Little Secret. Big  Dreams.”

Lance Bass is the quintessential illustration of a highly successful and driven jack-of-all-trades: singer, host, actor, producer, writer, entrepreneur, philanthropist and cosmonaut. Beyond his fame as a member of the phenomenally successful group *NSYNC, where the group sold an impressive 60 million plus records worldwide, Bass has made himself a household name throughout the globe. His entrepreneurial spirit also keeps him very busy. He is a founder and partner of the mobile champagne trailer and bar catering company, Bubble Tap Trailer/Tap Trailer Co, a partner in the restaurant, Rocco’s WeHo and an investor in the celebrity personalized video company, Cameo. Lance also is involved in the apps Modern Trust (living wills) and Heerio (networking app), the sports database OSDB and Good Catch (plant-based seafood alternative products). His infectious enthusiasm and charm have made way for some of the series’ best moments. 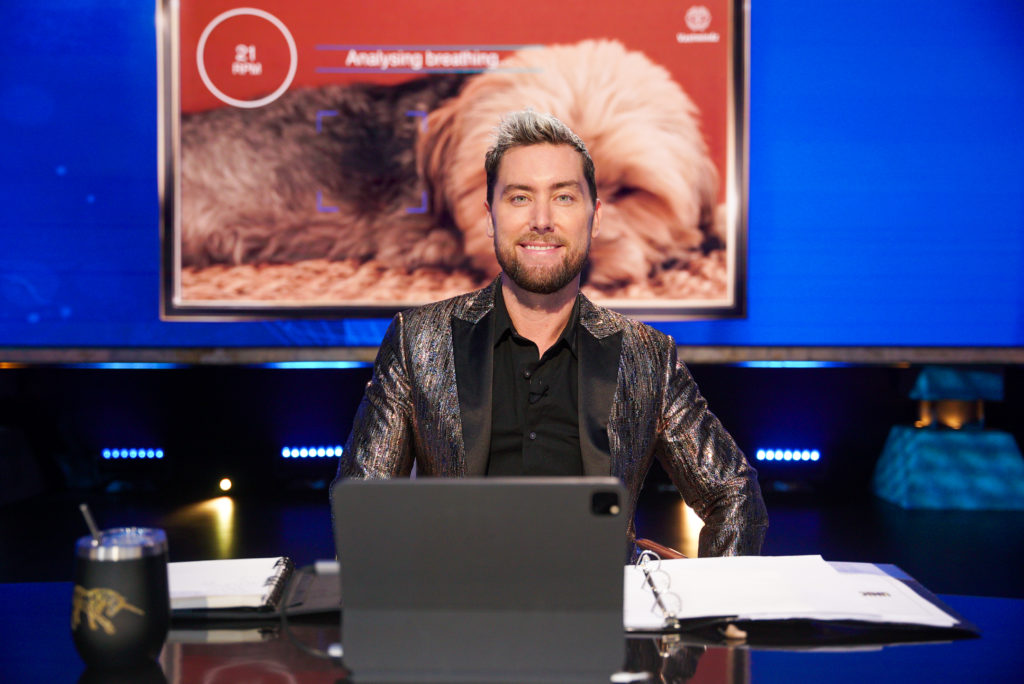 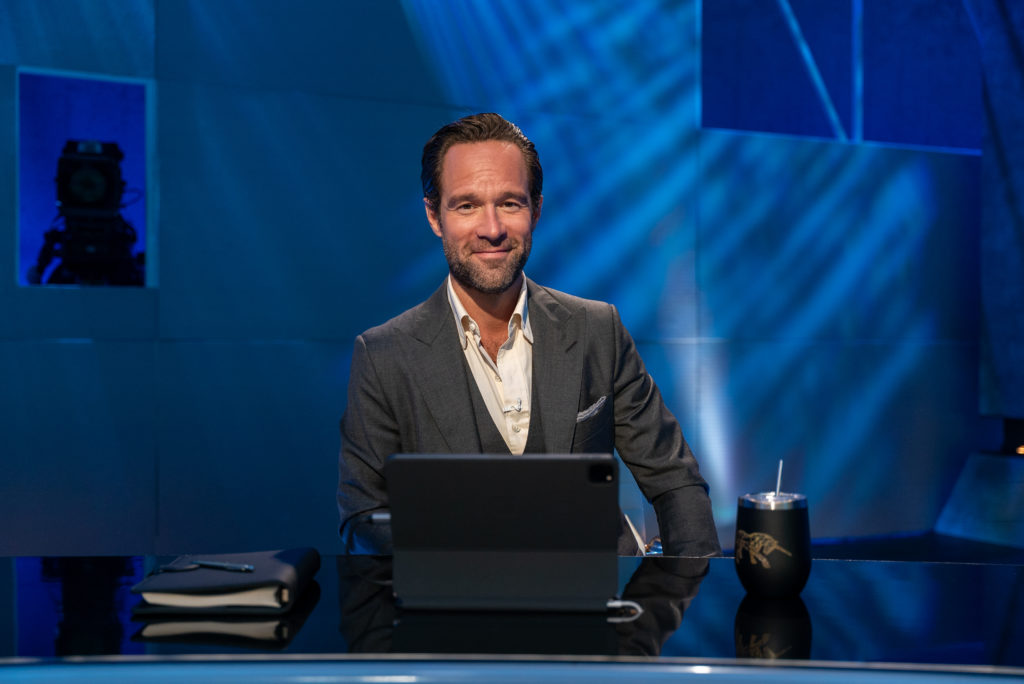 Christopher Diamantopoulos is an actor and social impact entrepreneur known for his role as Russ Hanneman, a fictional billionaire in the HBO comedy series Silicon Valley. The character inspired a partnership between HBO and Diageo to launch Tres Comas Tequila, “the only Tequila acceptable for billionaires” which was “created” by the character.

Chris has starred in film, theater, and TV since he began his career at age 9. In 2021, he will join the star-studded cast of Netflix’s upcoming film Red Notice, starring Dwayne Johnson, Ryan Reynolds, and Gal Gadot and the limited series with Wesley Snipes and Kevin Hart “True Story– both premiering in November.

John Bercow, The public policy expert and keeper of order.

Former Speaker of the House of Commons, dad, accomplished public speaker, Roger Federer fanatic, devoted Arsenal supporter, University Chancellor, Professor of Politics and author. Interested in all things political, particularly social mobility and corporate social responsibility. A hugely experienced ex-Parliamentarian who served as MP for Buckingham for 22 years, John sat as Speaker for over ten years, making him the longest-serving holder of the office since 1945.

Chairing the House of Commons during the tenure of four Prime Ministers, John provided more opportunities than ever before for MPs to question, probe and scrutinise Ministers. As Chair of the House of Commons Commission, the strategic governing body of the House overseeing a budget of £200 million per annum, 1,750 staff and 14,000 passholders, John worked consistently to increase diversity in Parliament and make the House more family-friendly. He is widely acknowledged to be a reformer who made a difference within the Chamber and outside it. 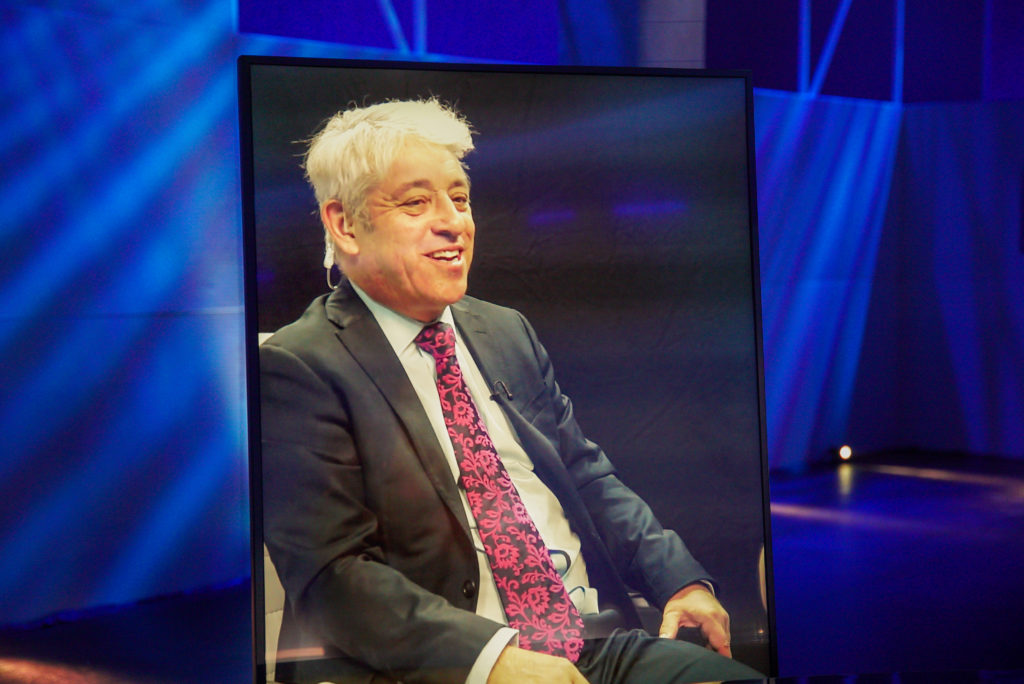 Any historical returns, expected returns, or probability projections may not reflect actual future performance. These examples are extreme and rare examples of returns that have been realized. It should not be assumed that these types of results are common or that they should be expected. Investing in private companies offers the opportunity to earn a high return on your investment, but also carries significant risks, including lack of liquidity and potential loss of some or all of your investment. Past performance is no guarantee of future results. Please refer to Risks and Disclaimers to learn more about the risks associated with investing in private companies.